Jade Nicolette Harriell Arrindell, Founding Facilitator
Jade is a native of our nation’s capital who is dedicated to problem-solving socio-economic obstacles that urban youth face. In addition to her work with YVote, most recently, Jade has been consulting as both Trainer and Project Associate with Border Crossers, an anti-racism organization dedicated to disrupting institutional, interpersonal, and internalized racism within schools and other educational environments. She also advocates for youth voice and civic engagement as part-time facilitator with Coro Leadership Center’s Youth Leadership Academy. Previously, Jade joined Uncommon Collegiate Charter High School as the founding English teacher during the 2012-2013 school year, founding Special Education teacher during the 2013-2014 and 2014-2015 school years, and Assistant College Placement Coordinator from 2015-2016. She is a graduate of Temple University where she earned undergraduate majors in English and African American Studies, as well as a Master’s in Curriculum and Instruction Technology Education and a teaching certification in Secondary English Education. 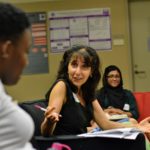 difference, at and beyond the ballot box.  In response to the complex times we’re living in, the vulnerability of democracy being demonstrated, and the desire to support young people in being on the front lines of change, Sanda is thrilled to be a cofounder of YVote.  She also serves as Program Director for Civics Unplugged, a new nonprofit committed to empowering young people with an understanding of their roles and responsibilities as citizens, helping them participate fully and contribute positively to shaping a more just world.

Previously Sanda led a non-profit that partners corporations with high schools to provide 1:1 workplace-based mentoring and after-school enrichment to equip young people from under-resourced communities for postsecondary success. Sanda has directed Strategic Learning Initiatives for Facing History and Ourselves; served in a variety of capacities at the NYC Department of Education, including leading a cohort of 23 secondary schools, being Chief of Staff for the Empowerment Schools initiative, and helping develop and support dozens of new schools; worked in educational philanthropy at The Goldman Sachs Foundation and the Ford Foundation and in program roles with education nonprofits The Teachers Network and the Boston Private Industry Council. She has taught high school humanities and electives in NYC and Boston. 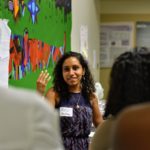 Melody is a Youth Advocate and organizer working on issues that impact youth of color in the education and criminal justice system. After studying Political Science and Education Policy at Villanova University, she worked at Class Size Matters as the Research and Advocacy Associate supporting efforts by parents and schools to end school overcrowding, high-stakes standardized testing, the privatization of public schools and many other issues. Currently, she remains involved in education advocacy & youth organizing at the YA-YA Network to dismantle the school-to-prison-pipeline, demanding that youth are involved making decisions in policies that impact their lives and have opportunities to lead these discussions and drive change in our communities. 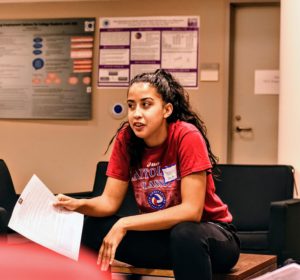 people to practice their right to vote. Yessii joined YVote in Fall 2017 while a student at the NYCiSchool, and now serves as a facilitator. She is a huge advocate for environmental issues in society such as environmental injustices when it comes to race and the crisis the human population is causing towards the environment. Yessii believes social media combined with powerful in-person interactions can be the right platforms to engage youth. Currently, a second year student at Shorter University majoring in sports management and business administration, Yessii enjoys playing volleyball and strength training on her free time. Yessii is exploring and gaining intellect in the world of politics while at the same time encouraging others to be politically involved in their community, city, state, nation, and world. 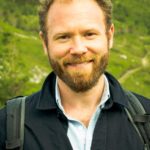 Justin is a writer, storyteller, activist, and nonprofit executive. His work has appeared in the New York Times, the Stanford Social Innovation Review, Education Week, Education Next, The Huffington Post, Bright, Fusion, Chalkbeat, and other publications. In 2015 he was a writer in residence at the Carey Institute for the Global Good. He currently serves as Chief Operating Officer of Wayfinder Foundation. He is a fellow of the Broad Center for the Management of School Systems, and, working with a group of “co-conspirators,” helped to found WE ARE Educators for Justice, which organizes white folks to do the hard work of dismantling racism. Until 2015 he was president of Boston-based education nonprofit Mass Insight Education, where we helped cities and states around the country rethink serving their most vulnerable children and communities. Before that he worked in the District of Columbia Public Schools and was on the education policy committee for President Barack Obama’s 2008 campaign. He serves as board chairman for Students for Education Reform, on the advisory board of Ed Build, and as an organizer with Racial Justice BK. He got his B.A. in cognitive science from Yale. 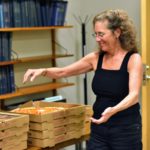 Michelle is Professor in the Ph.D. Program in Psychology at the CUNY Graduate Center. A social psychologist, her primary research interest is the study of social injustice: when injustice is perceived or appears simply fair or deserved, when it is resisted, and how it is negotiated by those who pay the most serious price for social inequities. She studies these issues in her work with public high schools, prisons, and youth in urban communities, using both qualitative and quantitative methods. Her research is typically participatory, with youth and/or activists, drawing from feminist, critical race, and other critical theories.

Andrea is a journalism professor at Baruch College/CUNY and the author of four books, including The Man 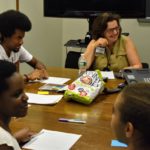 Who Discovered Quality (Times Books 1990) about W. Edwards Deming, the acclaimed systems thinker and management expert, and the upcoming After the Education Wars: How Smart Schools Upend the Business of Reform (New Press 2018.) Gabor spent over two decades as a business writer; she worked as a staff writer and editor at Business Week and U.S. News and World Report and has freelanced for a range of publications, including The New York Times, Harvard Business Review, Smithsonian Magazine and Fortune. At Baruch College, she founded the journalism department’s Cuba travel program in 2015, and has been a long-time faculty advisor for the school’s award-winning student publication Dollars & Sense. From 2008 to 2010, Gabor served on the New York State Department of Education committee charged with revamping the English Language Arts standards.

Liz has been teaching English in New York City public schools since 2008. She began her career in an 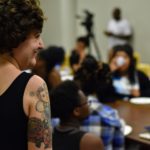 alternative school in southeast Brooklyn; in 2013, she transitioned to the NYC iSchool, an innovative high school in Soho, where she gets to help students hold poetry readings, publish literary magazines, create the yearbook, and develop political action campaigns. She is herself a proud graduate of New York City Public Schools, from PS 175 in Queens, all the way through Hunter and Brooklyn Colleges. Liz believes public education is the foundation of a healthy democracy, and is committed to helping her students become good citizens and smart voters, capable of navigating the increasingly complex political landscape. Liz lives in Brooklyn with her husband, also a public schoolteacher, and enjoys exploring the city in search of new running paths, delicious food, beautiful art, and places to relax with a good book. 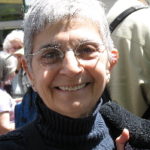 Accounting Association’s Public Interest Section and served on several of its committees. She was also a member of the Board of Directors and of the Advisory Board of Accountants for the Public Interest, Washington DC.

As an avocation, Marilyn worked as a radio producer and co-host for nearly three decades, first on the weekly program on business issues, “Econo-News,” and then, from 1995 to 2014, on “Beyond the Pale: Jewish Culture and Politics,” both on WBAI.

Active in her community as well, Marilyn is the co-founder of Jews for Racial and Economic Justice (established in 1990) and for many years was co-chair of its board. She served on the board of directors of the American Israeli Civil Liberties Coalition (l990-1995), on the Middle East Task Force of the Fellowship of Reconciliation (l991-1995), and on the board of directors of the National Women’s Education Fund, Washington DC (l975-l987).

Divine Soona Gertrude Ndombo is a Cameroonian-born organizer and

facilitator at YVote. As a founding YVoter, Divine works to create a sturdy foundation of political education on which future members can stand upon in their cultivation of YVote’s #2020 vision campaigns centered on the goal of increasing youth accessibility to and participation in civic engagement. Her vision for the future includes an immense shifting of the political landscape where young folks have greater agency and influence over their local, federal, and global ambitions for civic engagement and community organizing, with YVote at the forefront of sustaining such leaders.

Alongside her passions for social justice, Divine is also a sophomore at City College University, pursuing studies in political science, international studies, and business. Her recent entrepreneurial endeavor is the cultivation of ForeSee Miracles: a natural, organic, vegan-friendly, and cruelty-free black-owned hair care business. This falls in line with her social justice initiatives in striving to increase representation, this time, among Black people with 4-type natural hair. 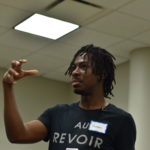 Steven is a sophomore at John Jay College of Criminal Justice, majoring in Sociology. Growing up in the Highbridge section of The Bronx, social injustices have always been within arm’s reach in his everyday life. With this sort of upbringing, his desire and passion to combat these inequities emerged. He can be found doing activist work with various grass-root organizations to fight against the oppression of the masses. Aside from working in conjunction with various grass-root organizations, Steven enjoys writing songs and poetry. Music is equally as important to him as his social service endeavors, and so he also works to develop talent and propel these acts to reach the next level. Steven plays the role of mentor to youth and his peers looking to exceed the limits set before them.

Gordon Skinner is the C.E.O/Executive Producer of Lost Innocents, LLC/Running Dialogue Communications, a New York-based multimedia company. Once a Lincoln Center Institute artist-in-residence fellow, he has produced and 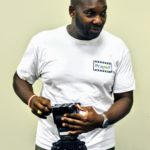 directed highly acclaimed documentary film projects, including: Cornelia Street Café: The Whole World Passes Through; The Kuna Indians; Sitting in the Fire: Profiles of the Peacemakers (executive produced by Sam Pollard and Albert Maysles); and Strategic Omissions: The True Health Effects of 9/11 (Albert Maysles, executive producer). His recent documentary film Lost Innocents: Child Soldiers At War (Reason Films/Good Magazine) was chosen for the Tribeca Film Institute’s All Access Program for films in production and IFP Project Involve, where Skinner was a fellow. Skinner’s other producing credits include projects for MTV, Fuji TV, TV-Japan, ESPN, Third Element, and Sony Music. He was the supervising producer for Scientific Machine, an in-house production unit of Fox Television, where he oversaw acquisitions of new releases and scripts. His current feature-length documentary is on dialysis and related health access issues in the United States.

Andy Snyder grew up in Sarasota County, Florida, where he helped to create a youth-run youth center, wrote a history of the local school desegregation struggles, and got a Master’s degree in education.  After moving up to NYC he has worked for 16 years in two progressive small public schools – teaching students and himself to think creatively and critically about themselves and shared predicaments.  During leisure time in Brooklyn he reads, sails, and plays the cello.  Andy is a National Board Certified teacher.

Ann Wiener has been a New York City educator since 1985. In 1990 she founded Crossroads School, a public Harlem middle school, and led it until 2005 when she joined the New School Initiative to create and support new NYC public schools. She also worked as a leadership coach at the NYC Leadership Academy until 2016.  Currently Ann works as an educational consultant and is a trustee of the Jessie Smith Noyes Foundation and Amber Charter School.